Army ants (Eciton burchellii and related species) mean serious business in tropical forests: each day the members of a colony form a large swarm that raids the surrounding forest, stinging to death and dismembering anything small or slow enough to fail to escape.  A passing swarm (which can easily be thirty feet wide and consist of several hundred thousand individuals) creates a panic among the invertebrates of the forest floor, forcing them to come out of hiding and flee.

A swarm is an event of such magnitude that it is clearly audible to human ears.  It consists of the clicks and taps of grasshoppers and crickets attempting to stay ahead of the front, and the ominous hissing of millions of ant legs passing over the leaves of the forest floor.  It is rare that ant-scale events draw the attention of human-sized observers, but when they do, they fascinate us; the mass emergence of periodical (17-year) cicadas and the migrations of monarchs and dragonflies are two prominent examples that regularly make headlines.

As the swarms move through the forest, they remain connected to their stationary above-ground colony by a single column.  The column consists of ants traveling in both directions: those returning from the front of the swarm carrying captured food items, and those leaving the colony having dropped off their booty to return to the swarm.  The video below shows ants traveling along their column.  Ants traveling toward the camera are returning to their colony with food; those traveling away are leaving to rejoin the swarm.


These events attract the attention of certain bird species, which join the front of the swarm to opportunistically capture the invertebrates and other small animals that the ants flush out of hiding. Ant-following birds from the surrounding forest temporarily ignore territorial boundaries and congregate in large numbers to take advantage of the sudden availability of prey.

These raids provide unique opportunities to see many birds concentrated at ground-level.  One particularly large army ant swarm occurred nearby the bird banding station at Cabo Blanco late last month, attracting large numbers of Ruddy Woodcreepers, Gray-headed Tanagers, Red-crowned Ant-Tanagers, and Northern Barred-Woodcreepers.  In addition to being an enjoyable spectacle on its own, it was doubly exciting to see that most of the birds present were sporting our aluminum leg bands: 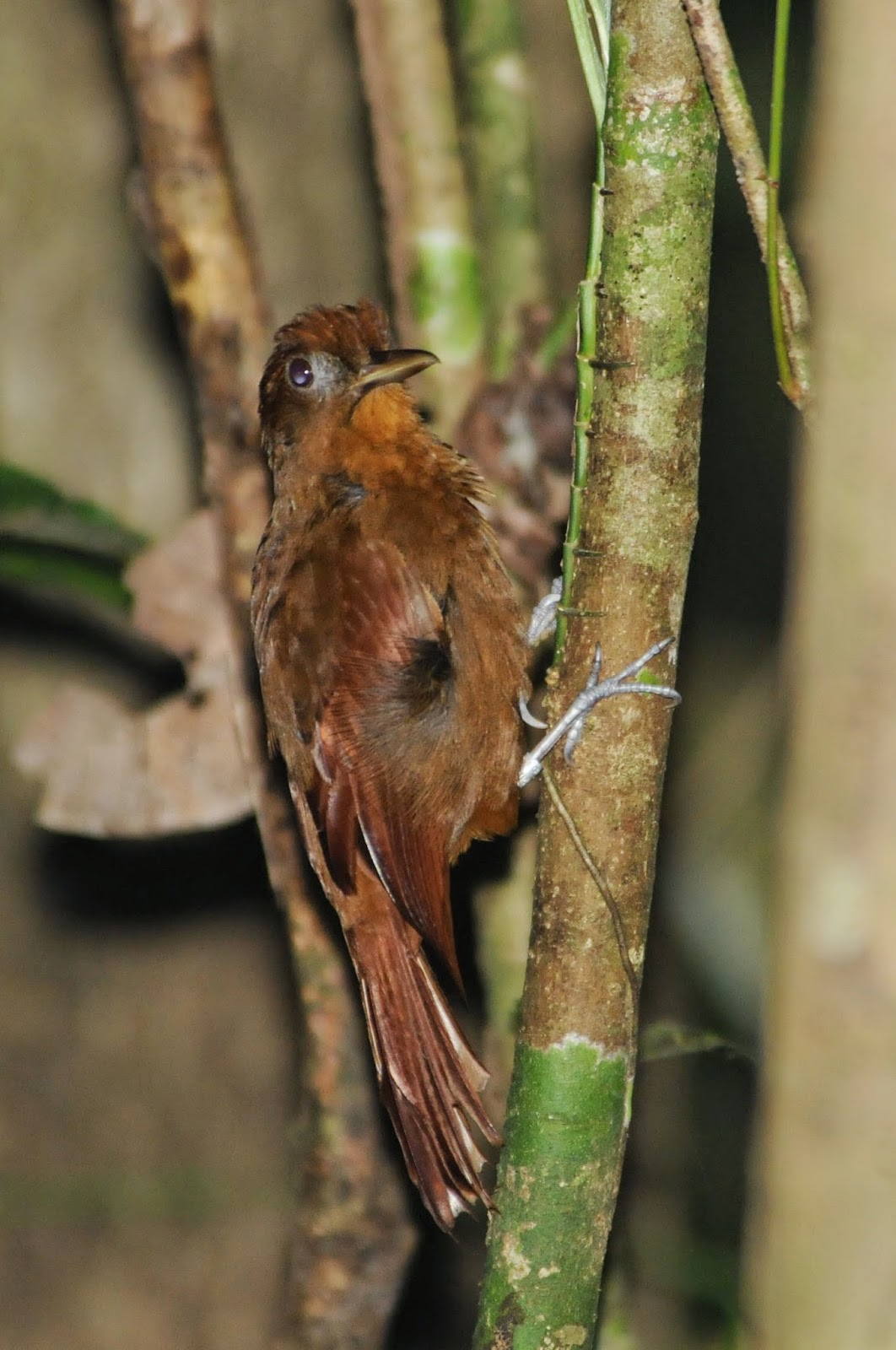 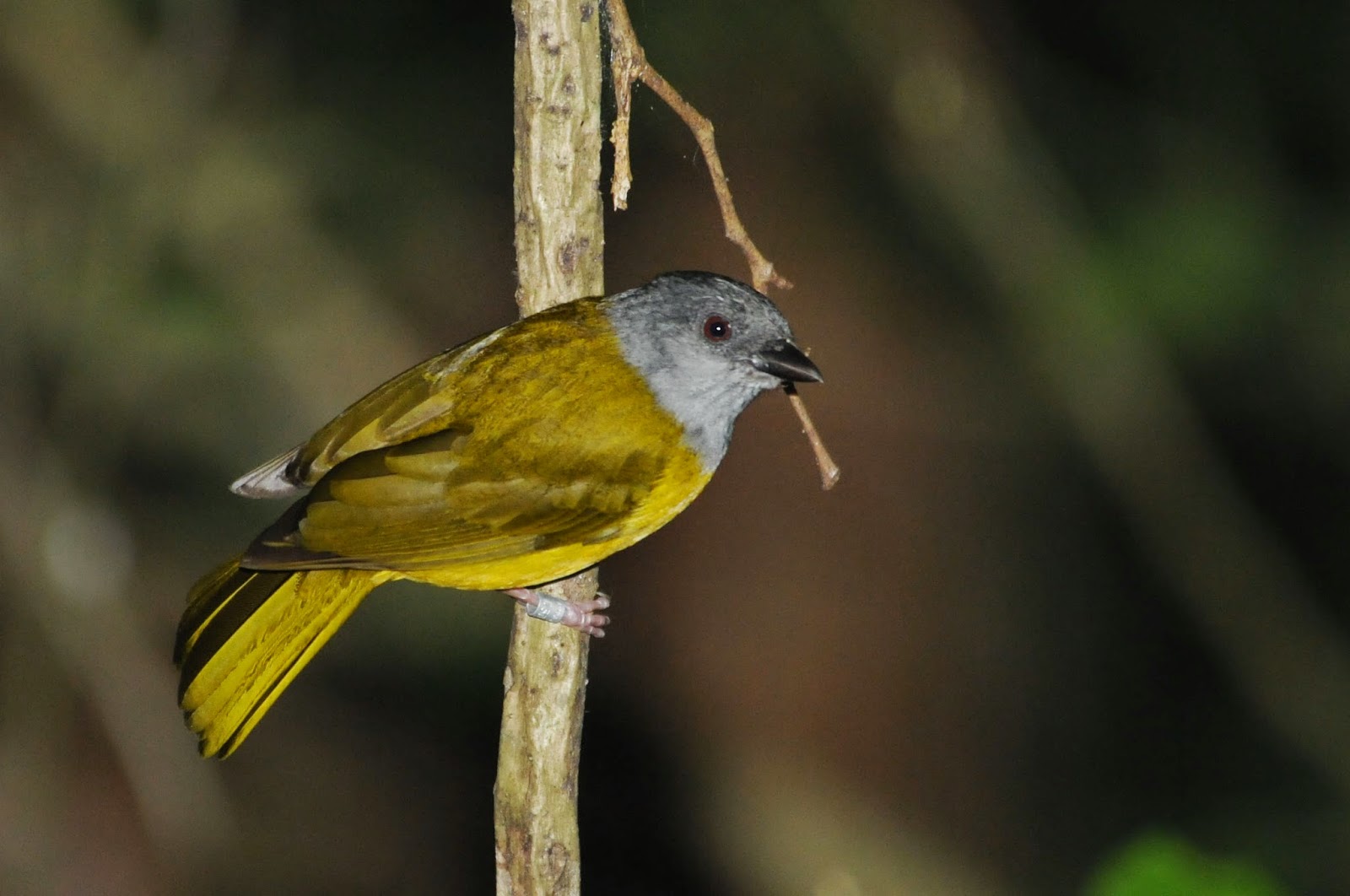 I watched this group of birds for quite a while as the ant swarm moved through the forest.  I decided to fall back when the swarm started down the slope of a steep ravine, and when my tolerance for army ant stings reached its critical threshold.
Posted by Tyler Christensen at 9:46 AM